Now for some thoughts on sheep. 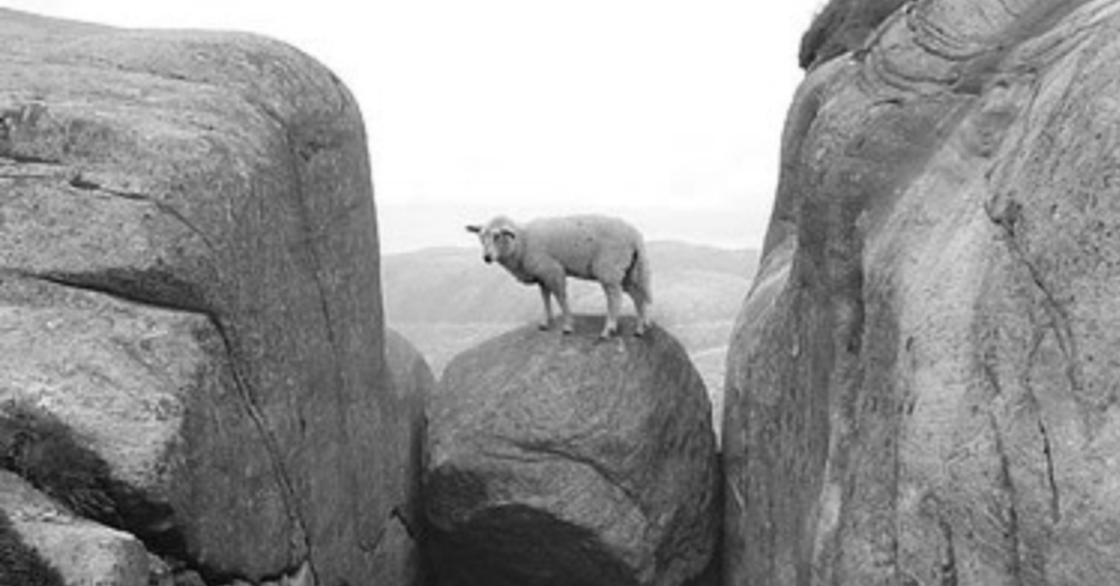 We are herd animals. We appreciate and value the safety, surplus, and sharing offered by the herd. But that can only happen if we remain as a definable flock – stray too far and we loose the benefits.

When we’ve grazed all that can be grazed and some of the weaker ones are getting hungry, the time comes to move on to greener pastures where we can all flourish.

In shepherding, it’s the outliers which cause problems. Having a tight an unified flock makes things go a lot faster and more people end up where they need to be, faster.  Having outliers and laggards causes uncertainty in the main flock,  and if left unchecked the flock can split in two, three, five.. and none of the sheep end up in the greener pastures. Or maybe a handful make it, but they don’t have the comfort of the herd, and miss their friends.

If we acknowledge that we’re all going to end up in the same place one way or another, we can all get there faster. Knowing this we can be sure not to over-react to the excitable yappy collie of capitalism on one side, and the robust bellow of the big hairy sheepdog of climate change on the other side. We can be sure not to lag behind, or run too far ahead, to help others know why we’re moving, and support and help those who find it hard to move. In short, the more coherent the main group is, the greater and more undeniable the momentum.

Of course this is not a new thought, but so often we find that *we* are the outliers. What can we do to improve *our* coherence, ensure it’s not *us* who are running in different directions sending a split message and making it harder to know where we’re going.

PS there are four main commands which used to control flocks, the two which control direction are: “come-bye” and “away”. Come-by makes the dog run clockwise, away here makes it run anti-clockwise. With the incessant cry of “come buy” it’s no wonder we’ve been going around in circles.