I can’t believe I’ve only just heard of this.

Superstruct is a forecasting game designed to anticipate new ways of being / doing this human being thing on planet Earth. It was massively multiplayer and played by more than 7000 people from September – November, 2008.

The Institute for the Future published the results. Some great patterns emerged.

Illustrating the links among the many superstructures created by our 7000+ Superstruct players, the ecologies begin to depict possible future institutional landscapes.

Appleseed Ecology
Starting from a game that taps real-life gardens to advance urban farming through “simfarms”, this ecology describes a new infrastructure for securing food, repurposing waste, and creating new forms of exchange.

Natural Currency Ecology
This ecology re-envisions our capital systems as tied, not to gold or GDP or other commodities, but to environmental measures, linking sociability to sustainability.

Quantum Governance Ecology
Building on the desire to create a new post-Newtonian model of governance, this ecology is thick with superstructures that help citizens make sense of the world-bridging across realities.

Reverse Scarcity
Use renewable and diverse resources as rewards.

Playtests
Challenge everything and everyone in fun, fierce bursts.

The perspectives take a closer look at 5 of our forecast from our 2009 Map of the Decade. Each perspective includes an analysis of the forecast, an interview with an expert, and examples of what superstructing this perspective looks like.

Design: Post-Newtonian Governance
The Newtonian politics that emerged at the end of the 18th century were a triumph of human ingenuity and foresight, applying the latest technologies and a scientific understanding of the universe to the design of governance. However, there has been little true innovation in governance since the creation of the U.S. Constitution. All that is about to change.

Civil Society: Networked Citizens
The citizen of the future is a native of the network; and that changes everything. It tempers border-based identities. It refocuses political action on issues that are both more local and more global at the same time. It links expressiveness to empowerment and turns the smart consumers of the early Internet era into activist citizens of the coming decades.

Environment: Geoengineering
With broad scientific consensus that global warming requires deep cuts in carbon emissions, what remains unanswered is the question of whether we’ll have enough time to implement the economic, social, and technological changes necessary to reduce our carbon footprint. In the face of massive, irreversible changes in our living ecologies, a growing number of scientists have a backup plan: large-scale geoengineering.

Culture: Superstructed Realities
As physical and digital realities are seamlessly integrated, cyberspace is not a place that people go; it’s a new layer in their reality. It’s a superstructure of that will serve as our outboard brains and senses, remaking the basic concept of self and changing how we keep ourselves physically sound.

Cognition: Beyond FOXP2
It’s been at least 40,000 years since modern humans-Homo sapiens-became the only sapient life on earth, set apart by a critical mutation in the so-called language gene, FOXP2. But that isolation won’t last much longer. In a quest to augment our own intelligence with biotechnology and digital tools, our first experiments are re-engineering animal brains. What happens when we “uplift” our fellow species and potentially create a new cross-species politics?

via 2009 Ten-Year Forecast: Research Materials | Institute For The Future.

Gaming for a better world. 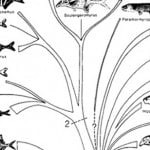