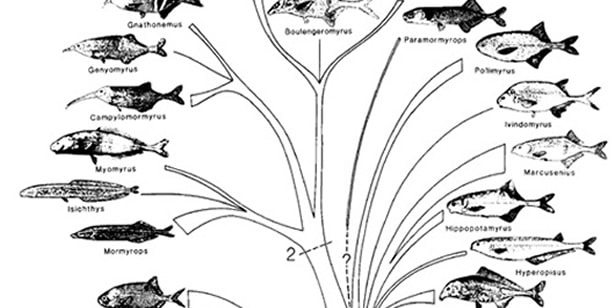 An extract from a letter I’ve just written to my MP, George Freeman, the PPS to Gregory Barker as Minister of State, Department of Energy and Climate Change.

In the meantime I wonder if I might press home one or two contemporary issues?

Firstly you are no doubt aware of the “Hugh’s Fish Fight” campaign. The oceans are already in such a bad state that it’s hard to know what kind of event might kick us into action if we’ve not done anything about it yet. Out of sight really does seems to mean out of mind, doesn’t it? The EU Common Fisheries Policy has been a peculiar political mess since the day it arrived and is so far removed from the very sound ecosystems science it should be originating from that it almost does more to compound the problem than to fix it.

Can you let me know if you’ll be supporting the EDM raised by Zac Goldsmith (1123 – http://edmi.parliament.uk/EDMi/EDMDetails.aspx?EDMID=42131&SESSION=905) which states that:

That this House welcomes the resolution of the `Fish Fight’ campaign to eliminate the environmentally and economically damaging practice of discarding fish before landing; is concerned that up to half of all fish trawled in the North Sea are thrown back either dead or dying; further welcomes the campaign’s support for the sustainable use of discard species by retailers, suppliers and restaurants to stimulate the creation of new markets for lesser known species; and calls on the Government to demand strong reform of the European Union Common Fisheries Policy to institute a regionalised, ecosystems-based management framework which incentivises the use of selective gear, uses real-time management, including temporary closures, and establishes ecosystem catch quotas rather than single-species landing quotas.

It seems there should be enough in there to allow enough grant money to keep flowing to keep everyone happy, whilst making strong progress towards a more sustainable position.

The second issue is that of the forest sell-off.

I find it very difficult to understand the motivation behind this one. We are collectively stewards for and owners of an asset which we know to be of increasing value, on account of the rising price of carbon and increasing valuation of biodiversity. It would be a low-risk speculation to suggest that the main increase in value of this asset is going to be happening very soon – probably within the next decade or so. Why, then, is there such urgency to sell it off now? It’s reminiscent of Gordon Brown selling all our gold at it’s lowest price.

Naturally, I understand that forest management is not a core government activity, and if we’re aiming for a smaller government which concerns itself purely with issues which are most effectively dealt with at that level, then divesting responsibility for our forests may be a wise move. However they should be disposed of very responsibly, for they are too valuable and too important for you to allow your government to be negligent in any way.

There is a broad spectrum of options available for forest management and ownership. Of all these, passing a common asset into private ownership seems to be one of the worst, not least because it is a missed opportunity to re-empower and re-engage the civic. With 10 billion people competing for prosperous livelihoods, the 21st century is going to require of us some inventive, wise, and clever ways of managing our most important assets.

Of key importance in these new models is the concept of ownership. It’s clear that with twice the population but finite resources, we’re all going to ‘own’ half as much before the century is out. We can either get upset about that, and probably fight a war or two, or we can redefine how we re-appraise what we understand by the concept of ownership. Do we mean “to possess” or merely “to have utility of”?

Just as we will need to re-appraise ownership we need, too, to re-appraise value. As JFK pointed out so eloquently, “[economic measures] measure everything, in short, except that which makes life worthwhile.” A government worthy of a civilised population in the 21st century will be leading the way in helping us factor in these un-measured aspects which comprise true value.

These new models are not going to happen overnight, of course. It can take a lot of exposure and thought to re-model ones perspective of the world.

The fish-fight and the forest sell-off are both questions about how we manage a common asset in a shared and competitive world. Both have very popular support. Would you agree that they represent an excellent opportunity for the government to champion these new ownership and collaboration models in a high-profile manner, and thus raising awareness of the opportunities they represent, and giving us the confidence to use them more broadly in order to navigate the 21st century with broader prosperity?