The economy depends a lot on the concept of growth. Infinite growth on a finite planet isn’t going to work. This is why humanity’s been trying to decouple growth from resource consumption.

So the million-dollar question is: Can we have an economy which grows infinitely, but does so without actually expanding and consuming all the world’s resources?

You might recognise the Shepard Tone from club music: when the tone is going higher and higher, and you’re dancing harder because that break has GOT TO COME SOON and it keeps on rising, and you dance harder and .. it just GOES. ON. FOR. EVER. That is the Shepherd Tone at work.

Have a watch of this short explanatory clip. They use it in films a lot.

So.. could the economy do the same thing?

In many ways it already does: we have inflation which adds zeros but doesn’t make the houses bigger, and cities are always full of skyscrapers as we develop one area, then another, and another until we’re back to the first one.

But could we do it more intelligently? Could we, for example, have currencies for all of the things on this diagram, and then cycle around between them, focusing on one at a time but endlessly improving each. 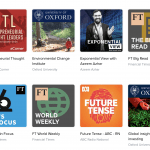 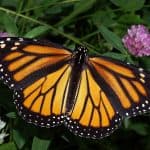