I this I has time to do more research on this, but I don’t, so this will have to do. From a quick Google and news review:

A crude but indicative total fossil fuel subsidy in the UK of somewhere between £9bn and £12bn per year. In 2011 just over £3bn was spent on renewable energy subsidies.

Friends of the Earth has calculated that the tax breaks given to North Sea oil and gas in 2012/13 alone were worth around £2bn to the industry.

Renewables are a stronger economic investment. It claimed every US dollar spent on renewable energy subsidies attracted $2.5 (£1.50) in investment, while a dollar in fossil fuel subsidies drew $1.3 (82p) of investment.

At current rates of progress it will take 24 years to insulate all easy to treat lofts and cavity walls.

Subsidies were responsible for 36% of global carbon emissions between 1980 and 2010. They do little to help the poor, since richer folk are heavier energy consumers. In 2008 the poorest 40% of Egyptians received 3% of petrol subsidies.

Especially in non-democratic states, subsidies are seen as crucial to maintaining social stability. But as energy prices rose during the 2000s, so did the cost of the handouts. The value of fossil-fuel subsidies around the world increased by 60% from 2007 to 2013, eventually reaching $550 billion, according to the International Energy Agency. In many countries, they overshadow spending on health care or education. 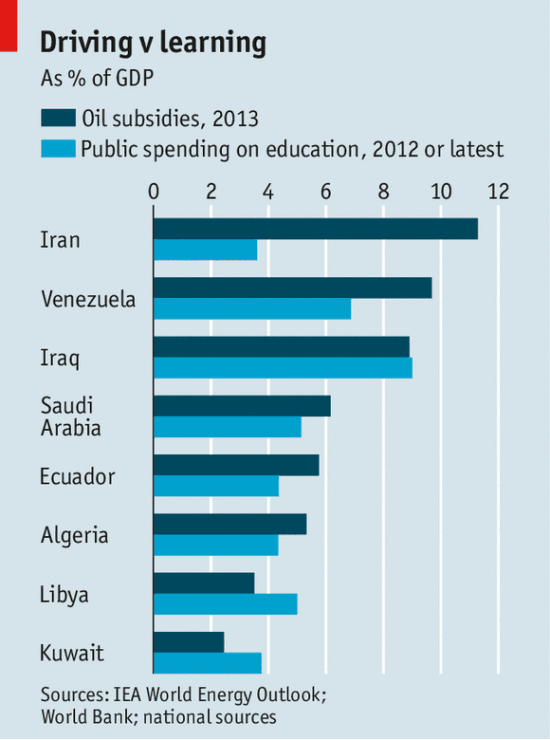 Which fossil fuel companies are most responsible for climate change?