Election 2020 Trump, Biden clash over military support after president’s alleged disparagement of fallen troops The issue has escalated quickly as Joe Biden and his surrogates have sought to undermine a key pillar of President Trump’s reelection message — his projection of toughness and patrio
3129 words
https://www.washingtonpost.com 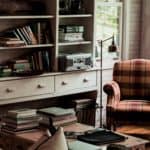